BEYOND THE SUN by Sandra Bischoff: COVER REVEAL + INTERVIEW

Beyond the Sun
By ~ Sandra Bischoff
Genre ~ Paranormal Romance 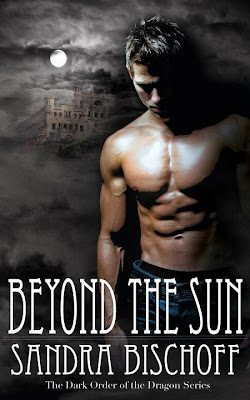 Fifteen years ago, Jared Bonatelli had it all.  The youngest son of one of the founding families in the Conservatorship of The Dark Order he lived a life you only thought existed in novels and nightmares.  He had just graduated from Oxford University and became engaged to his childhood sweetheart when he lost it all in one violent act.  The very next day he found himself shipped off to New Orleans with only the money in his pocket and whatever he could fit in one suitcase.  Since that night, he has suffered reliving his fiancé’s murder repeatedly in his dreams.  It isn’t until he finds himself summoned back to New York for an emergency meeting of the Conservatorship that the comfortable world he lives in begins to crumble around him.

Alexandra Toscano has been searching for the one assignment that could catapult her journalistic career.  When her editor Gene O’Hanlon drops a manila folder in her lap, Alex is immediately skeptical.   At first glance, the information he hands her seems like a publicity piece that is until she comes across an article he wrote some fifteen years ago about Vampires murdering a young woman in Central Park.  She is ready to laugh it off as a work of fiction until he points out he was an eye witness to the whole thing.  But that wasn’t all.  The girl’s boyfriend was a member of a prominent Italian family who vanished the very next day.

Now as Alex begins to dig deeper into Jared’s life, she begins to question her own past.  Could the answer she seeks be found in the glowing eyes of the one person she is sworn to expose?  Or will they both find themselves torn apart by a world Beyond the Sun?

******
And now we have a special treat for you! We sat down with Sandra to ask her a few questions to share with you guys. Check out our interview below.


Welcome to Living Fictitiously Sandra! We are so excited to have you today, and thanks for answering some questions for us.

Britney: Beyond the Sun is a Paranormal Romance; what made you want to write in this genre? Did you have any specific inspiration?
Sandra: I am a big fan of Paranormals. I love the idea that anything is possible in them. You aren’t limited. Your characters can be whatever you want them to be. As for inspiration, believe it or not for Beyond the Sun it came from King Arthur and Camelot.


B: What can we expect from the story? I mean, obviously some paranormal activity and some romance (hopefully a healthy dose), but what else?
S: Murder and mayhem from a certain Princess, a prelude to a Civil War brewing and a few other surprises but I can’t give away all of my secrets.

B: Can you tell us a little more about the characters in BtS? Did shmexy Jared come from any real world inspiration? (If so, can you introduce me? Lol!) Is Alex anything like you?
S: The inspiration behind Jared comes from an actor I modeled him after, Mike Vogel. He’s a very down to earth guy on screen and off. But there is still a broken vulnerability about him that endears him to your heart.
I’m not really sure where Alex’s inspiration came from. It’s most likely a combination of all the female reporters I’ve ever seen on TV and a little of myself. She’s not one of those “oh woe as me” women. She’s firmly in control of her own life.

B: You’re a Pharmacist by day; do you moonlight as more than a writer by night? Do you hunt vampires, whip up love potions, or have any other hobbies?
S: I’m actually an archer, target shooting to be exact. The second I pick up my bow, everything else in the world vanishes. So I’m pretty sure the big bad’s of the night know to keep their distance or they’ll be shish kabobed. I did try my hand at a love potion and it landed me the most wonderful guy in the world. But I found out it really was only water with lemon in it so I guess it was all me. No potion necessary.

B: Who is your favorite author and what is your favorite book/series?
S: Sherrilyn Kenyon, hands down. I love her writing and she is an absolute class act in person. She took the time on more than one occasion to talk with me. She’s extremely inspiring as is her Dark Hunter Series.

B: Do you have a favorite time/place/method of writing?
S: I write whenever I can fit it in. Sometimes during the day. Sometimes at night. The only thing that remains constant is that there is music. I have a playlist for each book I am writing. Right now the playlist for my next book is running. The playlist is called Lancelot.

B: Is there anything else about you or Beyond the Sun that you want to share with us?
S: Aside from being a dark Paranormal, there is a lighter side to it. When you meet Lance Du Lac you’ll understand. If I had to pick a favorite character from the book it’s actually him. He’s like that voice in the back of your head that you hear but keep the thoughts to yourself. Only difference is, he says it out loud.

And last but not least… if you could take ANY fictional character on ANY vacation for a week without any limitations, who would you take and where?
S: Rehvenge from the Black Dagger Brotherhood books. The where doesn’t really matter. Just as long as I had him to myself for the week, under lock and key. I’d make sure he didn’t need that fur coat of his to keep warm. ;)

Thank you Sandi so much for answering all of our totally serious questions. I can’t wait to read Beyond the Sun!
Thank you so much for having me. I had a great time. 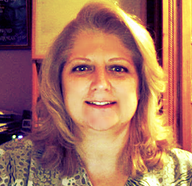 Sandra Bischoff lives in the historic town of Cornwall, NY with her extremely patient husband and teenage son, she affectionately calls the Demon.  She is a Pharmacist by profession but found her true calling in a simple twist of fate.   A friend approached her to write in a forum on a popular networking website. Over the next five years her passion had found its niche.  She went on to compose a few poems and short stories which she would post on her homepage at the same networking site.  From one of those short stories, her novel Beyond the Sun was born. She is currently working on her next novel and is very excited to share it with her readers.
She can currently be found at: http://sandibischoff.webs.com
http://sbischoff.wordpress.com
http://www.BayouBrewPublishing.com
http://www.Facebook.com/AuthorSandiBischoff
And on Twitter as @SandiBischoff 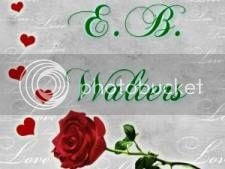 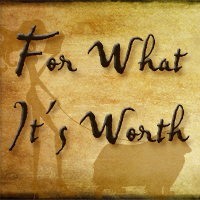 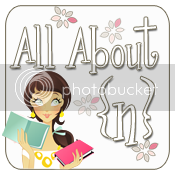