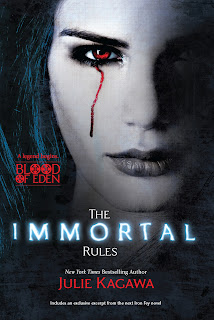 Book summary:
MY VAMPIRE CREATOR TOLD ME THIS:


"Sometime in your life, Allison Sekemoto, you will kill a human being. The question is not if it will happen, but when. Do you understand?"


I didn't then, not really.


Allison Sekemoto survives in the Fringe, the outermost circle of a vampire city. By day, she and her crew scavenge for food. By night, any one of them could be eaten.


Some days, all that drives Allie is her hatred of them. The vampires who keep humans as blood cattle. Until the night Allie herself is attacked—and given the ultimate choice. Die…or become one of the monsters.


Faced with her own mortality, Allie becomes what she despises most. To survive, she must learn the rules of being immortal, including the most important: go long enough without human blood, and you will go mad.


Then Allie is forced to flee into the unknown, outside her city walls. There she joins a ragged band of humans who are seeking a legend—a possible cure to the disease that killed off most of humankind and created the rabids, the mindless creatures who threaten humans and vampires alike.


But it isn’t easy to pass for human. Especially not around Zeke, who might see past the monster inside her. And Allie soon must decide what—and who—is worth dying for. 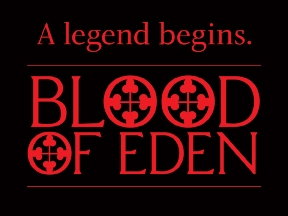 It is official, Julie Kagawa has done it again! She’s taken the same originality that brought us the Iron Fey series and created a supernatural dystopian world like no other. She’s built a dark and terrifying world in which humans are enslaved by campier masters, both fighting a truly frightening disease that has devastated both species. This is not your typical vampire tale. There is no sparkling, no “living” vampires, no epic love story (although of course there is a crush worthy boy and little love going on). It’s fight or flight. Live or die. Stay dead or become undead. It’s about fearing death, finding yourself, and deciding what defines you: what you are or who you are.


The vampire world Julie has created is not romanticized. It is vicious and cruel. It is well built, and we discover it through Allison, both from her and with her. Her character fascinated me, and I watched her discover herself and realize she’s not who or what she thought she was. Not who she wanted others to think she was.


I never knew what was going to happen next, and I love that about Julie’s writing. Anything’s game. She always writes a story that grabs and keeps my attention and then throws me for a loop because I never could have predicted the turn the story would take. This was a fantastic read I would suggest to fans of Julie’s writing but also to fans of the supernatural genre in general.  If you’re skeptical about vampire stories, I would still suggest giving this one a try. It is different enough with a creative backstory that I feel sets it apart from the flooded vampire market. I expect great things to come from this series in the future, and I definitely look forward to what Julie has in store for her characters and her readers.


Julie Kagawa is an up and coming young adult author. Her debut series, The Iron Fey, echoes Shakespeare's "A Midsummer's Night Dream" and was dubbed "the next Twilight" by Teen.com.


With her talent for world-building and making her characters come to life (her readers have an Ash vs. Puck rivalry), Julie's next project, her Blood of Eden series, promises to be just as enticing.


Described as The Hunger Games meets vampires, Kagawa's May 2012 title The Immortal Rules, lets her enter the ranks of dystopian fiction authors, one of 2012's hottest genres.


Born in Sacramento, California, Julie Kagawa moved to Hawaii at the age of nine, where she learned many things. How to bodyboard, that teachers scream when you put centipedes in their desks, and that writing stories in math
class was a fantastic way to kill time. Her teachers were glad to see her graduate.


Julie now lives in Louisville, Kentucky, with her husband and a plethora of pets. She still laughs whenever she sees a centipede. She is the author of the bestselling Iron Fey series and can be found at www.juliekagawa.com.
**SNEAK PEAK: To read an exclusive excerpt from the next Iron Fey novel, The Lost Prince (November 2012), claim your copy of The Immortal Rules at your local bookstore or library after April 24th, 2012.
Follow Julie:
Twitter